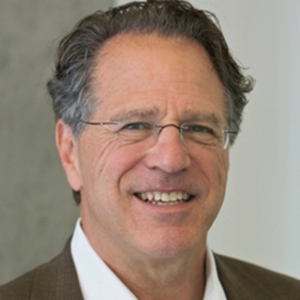 Robert Klein employs an interdisciplinary approach to his work. Mr. Klein is trained in the field of law, having obtained a Juris Doctorate from Stanford University; he has developed legislation to establish innovative programs and policy directions for “affordable housing”; and, he has operated as an investment banker and financing specialist for a multitude of projects. He has also developed or provided consulting assistance to developers on a wide variety of projects. As examples of the above, Bob Klein:

Bob Klein is a member of both the California Bar Association and the American Bar Association. He has a Bachelor of Arts in History with Honors from Stanford University and a Juris Doctorate from Stanford Law School. He retired from the United States Air Force, after attaining the rank of Captain. Bob is a frequent speaker at conferences in the area of housing finance, redevelopment, and historic rehabilitation. He lives in Northern California with his wife and children.

Bob’s public service and charitable commitments have centered on medical research and affordable housing. His commitment to advancing medical research originated with his younger son Jordan’s diagnosis with Type 1 Diabetes (the immune system driven form of the disease) in 2001. In addition, his mother was diagnosed with Alzheimer’s two years earlier. In 2002, Bob was a principal negotiator, as a part of a JDRF patient advocate team that worked successfully to pass a $1.5 billion mandatory federal funding bill for an additional five years of Type 1 and Type 2 diabetes supplemental National Institutes of Health research funding. In 2003, Bob served as the author and Chairman of California’s Proposition 71, the $6 billion “California Stem Cell Research and Cures” Ballot Initiative. (Proposition 71 approved $3 Billion for research funding and $3 Billion to cover the interest for 35 years – a total of $6 Billion.) For the first 7 years of its existence, Bob served as the Chairman of the Governing Board of the California Institute of Regenerative Medicine (CIRM) established by Proposition 71 to manage the peer review, standards, and grant process for the $3 billion in stem cell research funding authorized by the Initiative. Bob was elected Chairman Emeritus of CIRM on June 23, 2011.

In other civic activities, Bob served for six years as a Board Member of the California Housing Finance Agency which had approximately $8 billion outstanding in affordable housing loans, an S&P Bond rating of AA, and a history of receiving national awards in almost every category of affordable housing during his Board tenure. This public corporation of the State of California was created by legislation in 1976, which Bob conceptualized, proposed and managed as the principal consultant to the California State Assembly and State Senate Joint Committee on Housing and Urban Renewal. Klein Financial Corporation has never obtained any financing from the California Housing Finance Agency.

Bob serves on the Board of Directors of the International Juvenile Diabetes Research Foundation and on the Board of the Global Security Institute, dedicated to reducing the global risks from nuclear weapons. He was appointed in 2007 to the Board of Genome Canada, a Canadian government genomic and proteomic research agency with $1.8 billion in a medical research portfolio. He was co-chair of the Stem Cell and Regenerative Medicine Working Group of the Canada-California Strategic Innovation Partnership, the working group which initiated the Cancer Stem Cell Consortium in Canada, a strategic partner of the California Institute for Regenerative Medicine. Bob has also served as the Vice-President of the Board of Directors of the State of the World Forum, an international organization focused on global economic development.

Bob has received numerous awards for his public service, including: